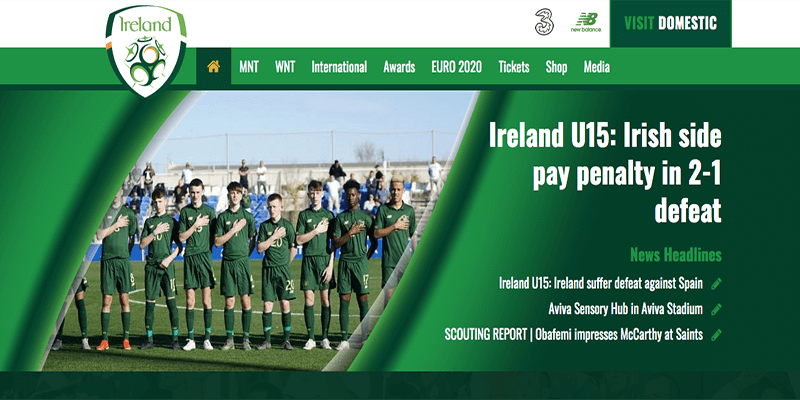 The Football Association of Ireland ( FAI ) announced on Friday that they have ended their partnership with SportPesa, an online bookmaker who back in October last year closed down their offices in Kenya, making in excess of 400 staff redundant in doing so. SportPesa also sponsor Premier League side Everton.

Announcing the termination of their deal with SportPesa, a spokesperson for the FAI, said: “We thank SportPesa for their sponsorship and their professionalism over the course of this deal. We wish the company well with its diversification strategy.”

With the spokesperson further adding that they were “shifting priorities” and “reevaluating its partnership portfolio”. A further joint statement released on behalf of both the FAI and SportPesa read: “The decision to cut ties comes from “a re-evaluation of sponsorship focus at the FAI prompted discussions between the two parties which has led to the expiry of this deal.”

Commenting on the end of their partnership with the Football Association of Ireland, SportPesa further commented, stating: “We respect that the FAI has decided to shift its priorities and re-evaluate its partnerships portfolio.”

“As an organisation that takes responsible gambling incredibly seriously, we understand the new approach taken by the FAI towards its partnerships with those in the gaming sector. We also wish Mick McCarthy and his players the best of luck ahead of their crucial UEFA Euro 2020 playoff campaign.”

Over the past year, sponsorship of football in the UK by gambling companies has come under the spotlight and in for heavy criticism from various sections of the main stream media and also responsible gambling bodies.