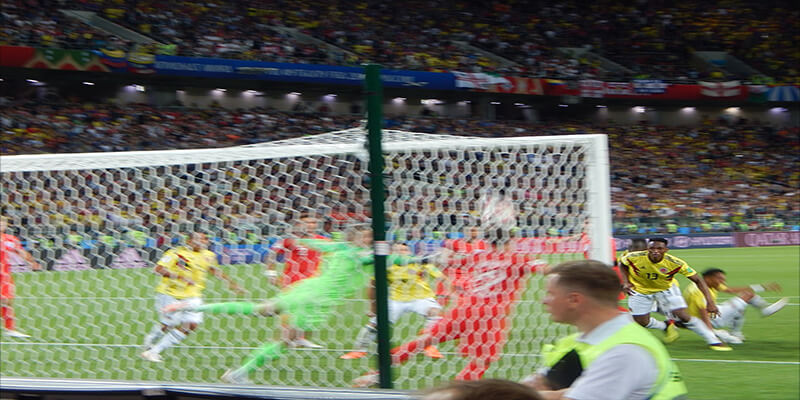 Mina scoring for Colombia against England during the 2018 World Cup

Another professional footballer finds himself in trouble with the Football Association, this time it is Everton’s Yerry Mina, who has been charged by the FA with misconduct, in relation to a breach of the FA’s betting regulations.

Mina, a Colombian international defender, capped 23 times by his country and who joined Everton from Spanish giants Barcelona in the summer of 2018 in a deal worth €30 million,  played 13 times for Everton in the Premier League last season.

The actual charge levelled  against Mina by the FA is that he  breached FA Rule E8 (3) by “participating in an advertisement for betting activity which is prohibited from engaging in.”

The advertisement in question is one that appeared in Colombia for the company Betjuego, a Colombian facing online sportsbook, with the advertisement being published earlier this year.

The Football Association handbook states: “An individual participant, when acting in a personal capacity, shall not be permitted to advertise or promote any betting activity that the participant is prohibited from engaging in by Rule E8(1) or E8(2).”

If found guilty, Mina could be looking at a hefty fine and also a ban from participating in a number of games.