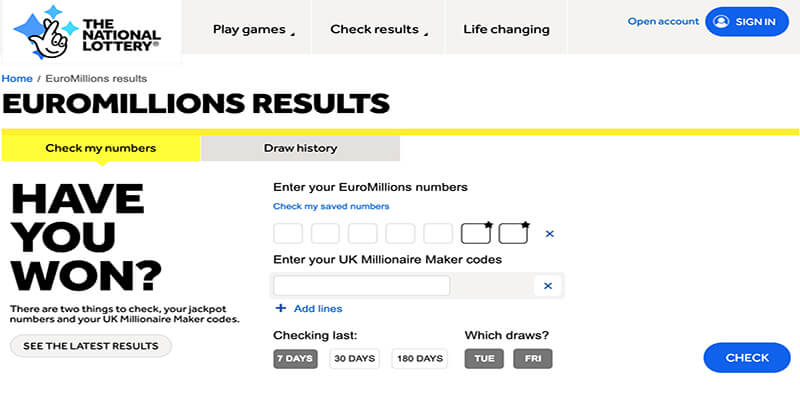 The winning numbers were 1, 8, 18, 19, 39 and the Lucky Stars were 7 and 9. The win is one of several jackpot wins that have gone to winning ticket holders in Ireland. Previous big winners include Dolores McNamara, a part-time cleaning lady from Limerick, who in 2005 won a EuroMillions jackpot of €115 million.

It is thought though that yesterday’s winning ticket, which on current exchange rates works out at a cool €175 million, is the largest ever to be won in Ireland. Although in 2006, two Irish winners received a 5% share each of a €183 million jackpot.

The CEO of the Irish National Lottery, Dermot Griffin, when asked if he knew where the winning ticket was bought, told state broadcaster RTE: “We do, it’s a retail outlet. But with a win of this magnitude, we give people a bit of time.”

Griffin also offered this advice to the winning ticket holder: “For this amount of money you need good advisers and there’s plenty out there. We normally say to people that there’s no need to rush out and make any decisions. Just go through the process and think about what you want to do. We’ve been through this a number of times before, so we can give good advice. Sign the back of the ticket, stay calm and take a deep breath.”