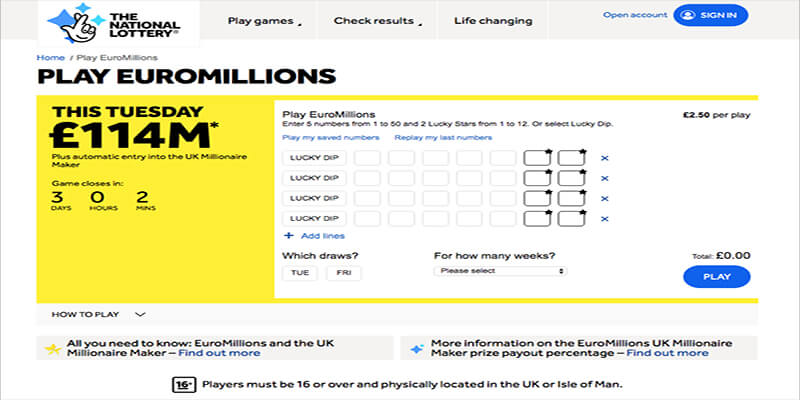 Friday’s EuroMillions draw drew a blank as the jackpot prize of £107m failed to be won after the numbers 45, 49, 27, 46, 25 and the Lucky Stars of 06, 04 were drawn. It was expected that sales of tickets for the draw across Europe were at a high level, thanks to the large life changing jackpot on offer to players.

This Tuesday’s draw which is a multi rollover, with the jackpot not having been won now for the last 12 draws, is likely to see increased interest as a result.

The EuroMillions lottery isis played across nine European countries and takes place twice a week, on Tuesday and Friday evenings. With a minimum guaranteed jackpot prize of €17m and can rollover to a maximum of €190m.

The question is, will Tuesday’s draw be lucky draw number 13 for someone?