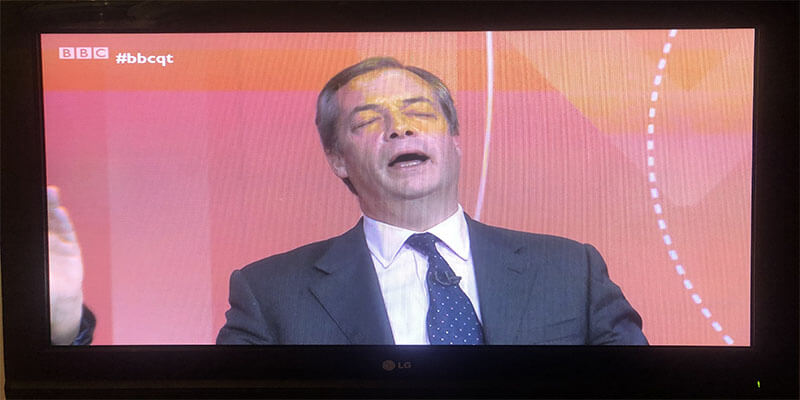 Brexit, yep that is the word that has been the hot political topic in the UK and indeed the EU for what seems a generation. Nearly three years ago the UK voted to leave the European Union, yet the specified leave date designated by Article 50 has been and gone. With the UK now having to contest the  Euro elections next Thursday on the 23rd May.

Indeed, the topic of Brexit is such that it can and has caused division among communities and families. But it also has caused a great deal of interest with those that like a punt. With all the bookies, big and small, seemingly offering the chance to lay and place a bet with them.

Leave means leave, or so we have been led to believe by Prime Minister Theresa May. She has intimated as such many times over the course of the past 12 months. However, the only thing assured is that she will be the one doing the leaving, as the imploding Tory Party have all but forced her from residence at 10 Downing Street.

With it being all but confirmed she will be resigning the office of Prime Minister in June, whether or not her much disparaged ‘Withdrawal Agreement’ with the EU gets passed ( it won’t! ).

Back at the end of March, I wrote about the runners and riders for the next Tory Party leader and their likelihood chances of success. You can refresh your memory and have a gander here.

However, it is quite clear the will of the UK Parliament is such that there is no appetite for leaving the European Union, with the actions of Members of Parliament in voting down any form of withdrawal thus proving this. It is not just May’s withdrawal agreement that has been given the proverbial boot three times, but also the inability to find consensus on alternative Brexit plans.

In fact the only area where there has been a modicum of agreement, is that the UK should not leave with no deal in place. Effectively taking the UK’s best negotiating tactic with the EU off the table at the same time.

The Rise of Farage

Love him or hate him, Nigel Farage, who keeps on telling us that he has spent the best part of twenty five years striving to get the UK to leave the EU is back. Back in the form of the recently established Brexit Party, of which he is leader.

The Brexit Party on the surface appears more polished and professional than his former party UKIP, which has degenerated into a far right mess. UKIP under the leadership of Gerald Bratten, who in turn has aligned himself and the party which he leads with the likes of the odious Tommy Robinson.

The Brexit Party over the course of the past five weeks has received over 100,000 supporters, each contributing £25 towards the funding of the party. The groundswell of support for the Brexit Party has in turn seen them appear from nowhere to now lauding it over their rivals in the latest opinion polls.

The latest YouGov poll published this morning ( 17th May 2019 ) sees the Brexit Party on 35%. With the current method of voting being under the D’Hondt system of proportional representation, if the latest poll is to be believed, this would see the party secure 26 MEP’s to send to Brussels.

Whether you like him or loath him, Farage has shown certainly in this election anyway, that he and his new party are able to garner populist support.

Which is in stark contrast to those parties supporting remain.

There have been rallies on the streets of London that have seen upwards of 1 million people march to the Palace of Westminster, urging those in power to provide a ‘Peoples Vote’ or as it has now been labelled by some as a ‘Confirmatory Referendum’.

Then there is the petition on the Parliament website to ‘Revoke Article 50’ which has seen in excess of 6 million signatures.

Notwithstanding the fact that several MP’s lead by Heidi Allen, Chuka Umunna and Anna Soubry have split from their respective parties to form Change UK – although what they are advocating change in is for another time and place.

With the Tory Party and their Parliamentarians split between the hardline ERGer’s and the likes of Rees-Mogg and ardent remainers such as Oliver Letwin. The issue of Europe and the UK’s membership of the EU has been a major thorn in the side of the Tory Party for a generation. It was John Major who as Prime Minister labelled Euro Sceptic Conservative MP’s as ‘bastards’ after all.

The result of the EU Referendum in 2016 has literally brought the Tory Party to a point of no return. We are witnessing I feel the party imploding in spectacular fashion, with it being opined that 1/5  of Tory voters are moving to support the Brexit Party.

Then there is the Labour Party, with Her Majesty’s opposition being in talks with May’s government over the past few weeks. News coming out of Westminster this morning indicating that such talks have broken down. Added to the fact that under Corbyn’s leadership, no one quite knows whether Labour support remain or leave. Such is Corbyn’s ability to want to keep a foot in both camps.

Thus, the chances of Meaningful Vote number four being passed in the first week of June  being between slim and none to coin a phrase from ‘The Greatest’. With slim being out of town!

So remain supporters really have two option if you reside in England, that of a vote for the Lib Dems – The same party that enabled austerity in 2010 by getting into bed with the Tories. Or that of Change UK, who are performing dreadfully at the polls.

In Scotland and Wales, voters also have a further option of the nationalist parties in the form of the SNP and Plaid Cymru. But it is clear, that a lack of cohesive action between all remain supporting parties are going to split their votes accordingly. Thus furthering the chances of the Brexit Party.

Which Horse to Back?

So who do you back in a betting sense? There are lots of markets and specials open for the Euro elections. What is clear is that the Brexit Party, failing a significant vote damaging event in the next seven days, are all but assured to win the most number of MEP’s in the UK.

You can back them at Paddy Power to perform such a feat with odds currently at 1/14. So that’s £14 staked to win a quid. If you have a considerable amount of cash lying around, you may want to consider it. As it appears to be easy money to be made. That said, no doubt the bookies will limit accordingly the amount they are willing to lay on such an outcome!

If you fancy backing the demise and collapse of the Tory Party vote, Paddy Power have them odds on to win less than nine seats at 2/5. Whilst ChangeUK are currently only forecast to win less than six seats, again another odds on vote.

The resurgent Liberal Democrats could be a good ‘horse’ to back to win a nice chunk of change. With it being 7 days out from the Euro election, they can be backed at 6/4 to pick up 15.00-19.99% of the votes.