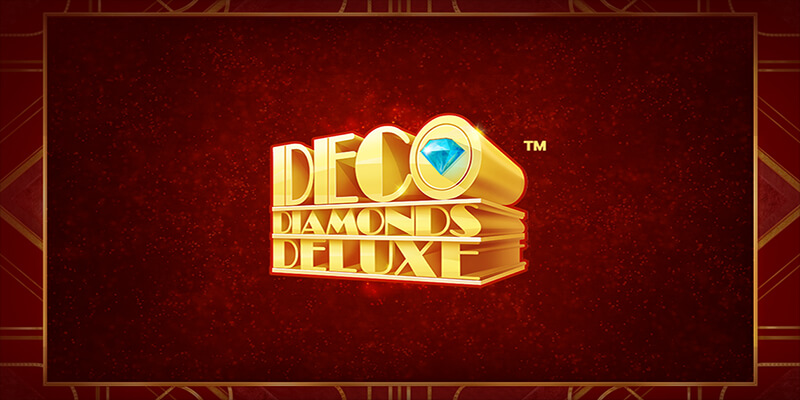 Deco Diamonds Deluxe developed by Just For The Win for Microgaming

An art-deco inspired and themed slot sees the latest release from Microgaming, with Deco Diamonds Deluxe being available to play at all online casinos that carry game content from the Isle of Man based casino software provider. This is a sequel to the original Deco Diamonds which hit online casinos last year in 2018.

With graphics and sounds and music taking inspiration from the 1920’s era, Deco Diamonds Deluxe has been developed and produced for Microgaming exclusively by the gaming studio Just For The Win. With Deco Diamonds Deluxe being the second slot release in a month from the game studio, following hot on the heels of the slot game Tweet Hearts which was released last month.

A five reel slot game, which incorporates nine paylines, Just For The Win describe Deco Diamonds as a highly volatile slot game which has the potential for players to hit a maximum payout per spin of 1000x. The slot also has an RTP of between 96.03% – 96.12%.

With several features available, which are Respin Feature, Boost Feature, Bonus Wheel an the Nudge Feature, the slot tries to inspire players by producing an engaging game play environment. Alas though, players may find it is somewhat lacking.

Not to be disheartened though and remaining upbeat about its release, Johan Persson, the Chief Executive Officer of Just For The Win, commented: “Deco Diamonds Deluxe is a glamorous, art-deco inspired slot with all the charm and excitement of the Jazz Age. Glistening diamonds, fruits and a full cast of glittering symbols zoom across the reels in this fast-paced title complemented by a superb soundtrack.”

Microgaming’s Director of Global Operations, James Buchanan, stated: “Building on the popularity of the original Deco Diamonds game released in January last year, Just For The Win have successfully built a captivating sequel.”

“The Just For The Boost with Deco Diamonds Deluxe Symbol Nudge is a perfect addition to this title, allowing for the opportunity to turn near-misses into fantastic wins and triggering a spin on the coveted Bonus Wheel.”