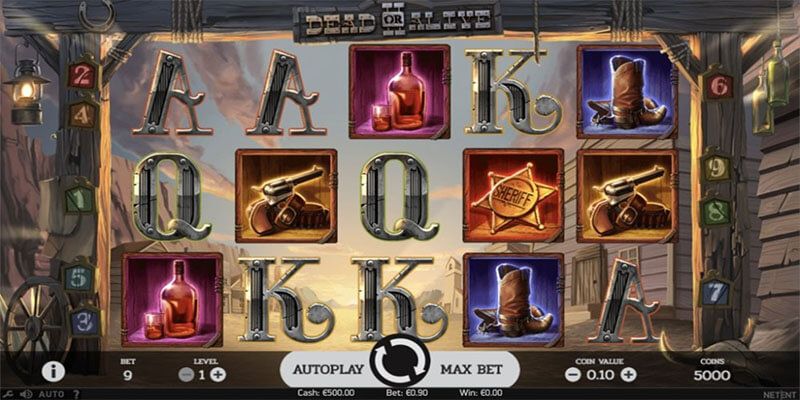 NetEnt are at the end of April due to release the hugely anticipated Dead or Alive 2 slot game, which has already caused a bit of a stir in the forums here at Casinomeister. With the Dead or Alive 2 thread being accessible here for you to read at your leisure. Or if you so wish, jump on in and contribute yourself.

The sequel to the popular Dead or Alive Slot which was released back in 2009, DOA 2 is likely to be just as popular if not more so. The original Dead or Alive is a 9 payline slot over 5 reels and is regarded by many as one of NetEnt’s best ever slot games.

The video promotion of Dead or Alive 2 released by NetEnt on their official YouTube channel earlier today, certainly showcases the game in all it’s splendour. With NetEnt and the casinos that carry their games, hopeful that the sequel will be an even bigger hit with players than the original. Just so you don’t need to search out the promo video for DOA2 and leave CM, we have kindly added it below for your viewing pleasure.

As the video shows, Dead or Alive 2 features three different free spin games, which are awarded when the bonus feature is triggered. These are: High Noon Saloon, Train Heist and Old Saloon.

Again DOA2 like the original is a 5 reel, 9 payline slot with a marked release date of 24th April 2019. So by my reckoning you have approximately seven weeks to wait. According to forum member Harry_BKK,  Dead or Alive 2 has the potential to produce a 100,000x bet win!