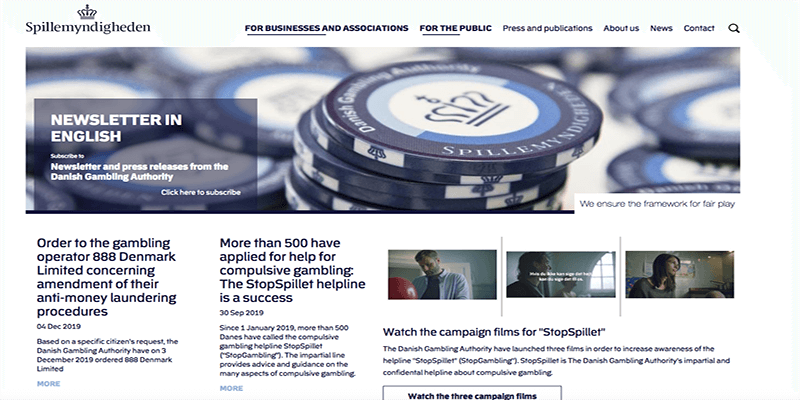 The casino group 888 Holdings, or more specifically their Danish subsidiary have had their virtual knuckles ‘rapped’ by the the Danish Gambling Authority, Spillemyndigheden, with 888 Denmark Limited being ordered to amend their Anti-Money Laundering policies, after they were found to be lacking.

The directive issued by Spillemyndigheden came about after a request from a Danish citizen and after subsequent investigation by the Danish Gambling Authority, it was found that 888 Denmark Limited failed to fulfil their obligations under section 25(1) of the Danish Anti-Money Laundering Act.

Furthermore, 888 Denmark Limited were also found to  have “failed to fulfill their obligation under section 26(1), to report to the State Prosecutor for Serious Economic and International Crime, by knowledge, suspicion or reasonable reason to suspect that a transaction, funds or activity is or has been associated with money laundering.”

The particular account investigated by Spillemyndigheden deposited a total of DKK 1 million into an 888 account over a period of three months. 888 were found to have made initial background checks on the player and did also request documentation to ascertain source of income. However, these documents were not forthcoming from the player, yet 888 continued to allow the account to remain open for a further month, before finally closing the account, upon not having received the requested information.

Quoting from the Danish Gambling Authorities site: “In this specific case, the Danish Gambling Authority find that 888 Denmark Limited should have prevented the player from gambling earlier than was the case, and that 888 Denmark Limited should have sent a report to the State Prosecutor for Serious Economic and International Crime.”

“Based on this, the Danish Gambling Authority have ordered 888 Denmark Limited to amend its procedures in order to prevent the possibility of money laundering at an earlier stage and to report to the State Prosecutor for Serious Economic and International Crime in similar cases.”