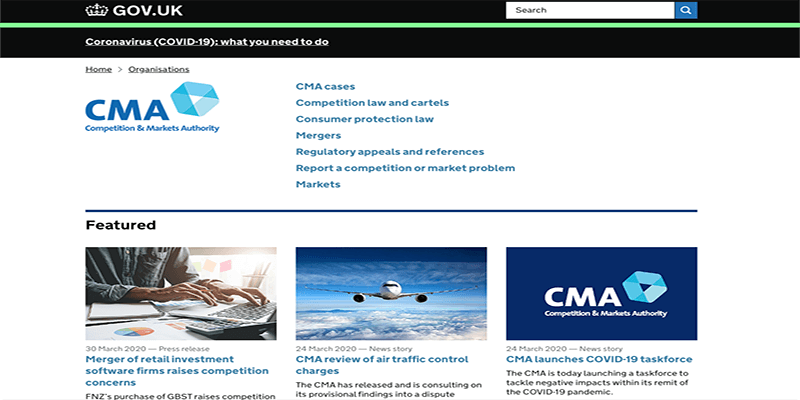 The United Kingdom’s Competition and Markets Authority ( The CMA ) have today announced their approval and clearance of the proposed merger of gambling companies Flutter Entertainment plc and the Stars Group. Flutter own heavyweight gaming companies Paddy Power and Betfair, whilst the Stars Group owns Sky Bet.

In a press release published on the UK government’s gov.uk site ( which can be read in full here ), the CMA have announced the result of their investigation into the proposed merger and have concluded that the merger will not worsen the offering to people who choose to bet online.

The merger of the two companies valued at £10bn, will see one of the largest gambling companies being created, with current Flutter Entertainment Chief Executive Officer, Peter Jackson, being installed as the newly merged company’s CEO.

Commenting on the CMA’s decision, giving the merger the green light, Peter Jackson, Flutter’s Chief Executive Officer, said: “This morning’s announcement from the CMA marks a further important milestone in the process towards completion of our proposed combination with The Stars Group.”

“We continue to work with the remaining international regulatory authorities to obtain the last of the outstanding approvals. Separately last week we published the necessary documentation ahead of the shareholder votes in April and we continue to make good progress in our post-completion planning.”

The full summary of the decision reached by the CMA can be viewed here.