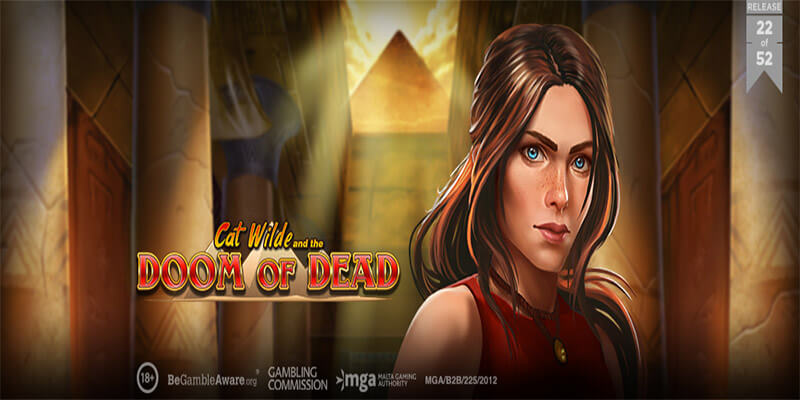 Casino game developers Play’n GO have been sticking to their ambitious schedule of releasing a new game a week, ending Friday just gone with the release of Cat Wilde and the Doom of Dead. Cat Wilde if the name sounds familiar is closely linked to another Play’n GO slot game, in the form of Rich Wilde, with Rich Wilde being one of Play’n GO’s most popular slot title releases to date.

Yet another ‘Ancient Egyptian’ themed slot, this ten payline slot game with an RTP of 96.29% is somewhat of a high variance slot, that offers players expanding wild symbols in both the standard game  and also when  being awarded the bonus feature round.

Play’n GO’s Chief Product Martin Zettergren speaking about the release of the game, said: “Everybody loves the Rich Wilde titles, but we believed it was time to bring in a new face for a new generation of slot players.”

“That’s not to say you won’t ever see another Rich Wilde title, but we are continually creating new and exciting characters for our games, we don’t rely on rehashing the same ground. We felt the time was right to bring another dimension into the world of Wilde.”

About the Author... Total Posts Written: 673