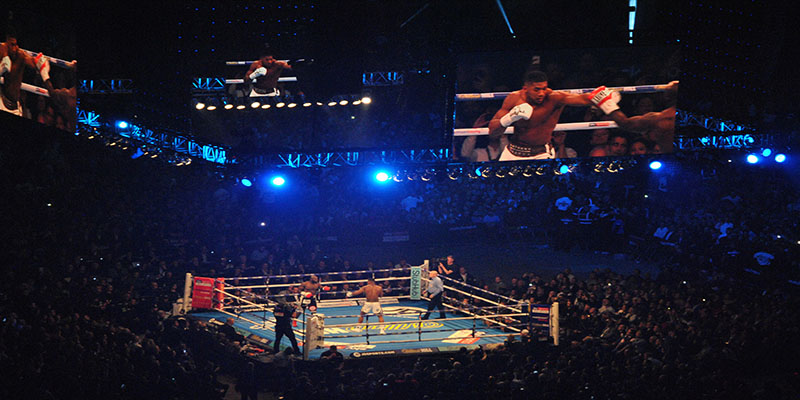 According to the boxing news site, World Boxing News, bookmakers have closed their collective books on taking bets on the name of the next opponent for Unified World Heavyweight Champion Anthony Joshua.

The London Olympics 2012 Super Heavyweight Gold Medalist and current IBF, WBA Super and WBO World Heavyweight Champion, is due to make his much heralded US appearance at New York’s Madison Square Garden on June 1st.

However, a massive spanner in the form of Performance Enhancing Drugs has been thrown into the proceedings, with original opponent, Jarrell ‘Big Baby’ Miller, failing not one, but three separate drugs tests, performed by VADA ( Voluntary Anti Doping Association ).

With Joshua’s promoter, Matchroom’s Eddie Hearn spending the past week looking for a new opponent, rumours have been rife who could fill Miller’s boots, with now just five weeks away from the scheduled date at ‘The Garden’.

Cuban Luis Ortiz who was initially mooted as a favourite to take Miller’s place, but initially his management team stated that Matchroom and Hearn made the fighter a ‘low ball’ offer. Something which Hearn intends to refute with evidence once Joshua’s new opponent is unveiled. Indeed, the rumour mill on various boxing media sites, suggest the offer made to Ortiz was as much as ten times his career best payday, which he received when challenging WBC Titleist Deontay Wilder.

Which, leads one to believe that Ortiz, who would be the boxing purists choice as number one replacement, is either being held back due to boxing politics ( His career is controlled by the mysterious AL Haymon and the PBC ) or Ortiz may have concerns with regards VADA testing.

However, World Boxing News this morning is reporting that Hearn and Matchroom have now decided on the person to share the squared circle with Britain’s Joshua on June 1st. With American Andy Ruiz Jr  being the all but confirmed boxer that Joshua will take on in New York. Bookmakers as a result are more than convinced and have stopped taking bets on Miller’s replacement.

Ruiz who hails from California, which would certainly tick the ‘has to be an American box’ for Joshua making his US debut, is a 29 year with a fight record of 32-1, with 21 KO’s. His only defeat came in 2016 to Joshua victim, New Zealand’s Joseph Parker for the vacant WBO title, a belt and title that Joshua now holds.

The importance of Joshua’s US debut cannot be overstated, with DAZN, the sports streaming platform hopeful, alongside Hearn’s Matchroom Boxing that Joshua hits the ground running. Thus enhancing his chances of forcing a cash fuelled unification fight later on in the year with Wilder, for the WBC belt which is the only major title not in Joshua’s possession.