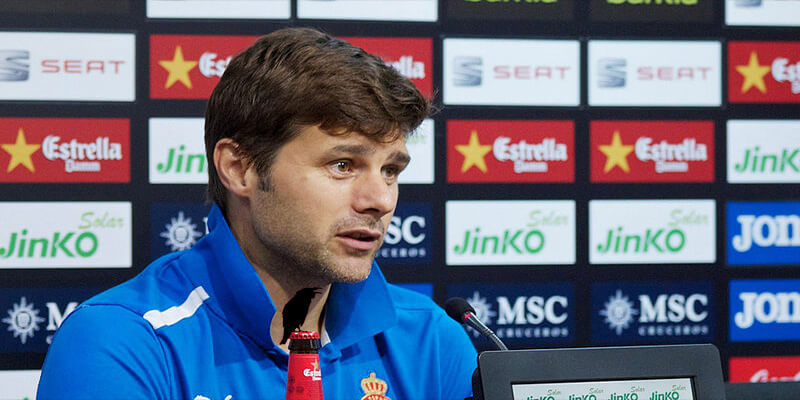 Bad news for Tottenham Hotspur fans if the bookies are to be believed, as all major bookmakers have  slashed the odds on the Spurs manager Mauricio Pochettino leaving the club before the end of September.

The Daily Star are reporting this afternoon  that bookmakers have heavily reduced the odds on Pochettino leaving the North London club before the month of September is out, after the  bookmaker Coral last night revealed an influx of bets on the Spurs manager leaving.

Pochettino’s departure would be bad news for all fans of Spurs, as he is regarded as one of their best managers at the helm for a long time, having guided Tottenham to the Champions League Final at the end of last season. A match that saw Spurs lose to winners, Liverpool.

However, Tottenham have had  an indifferent start to this season’s campaign, which has seen them lose at home to Newcastle, coming after securing a fine point away to Premier League Champions, Manchester City.

Just yesterday, Spurs were drawn in Group B of the Champions League, alongside Bayern Munich, Olympiakos and Red Star Belgrade.

This coming Sunday, Spurs face bitter rivals Arsenal at the Emirates and should they lose, Pochettino may decide to call it a day. Especially considering he has bemoaned the state of the squad at his disposal, in the aftermath of the defeat to Newcastle. With Pochettino stating: “I think this is my sixth season and the most unsettled group we are working with. That is why we are relaxed and calm. Some situations we cannot fix.”

Last season, Pochettino was heavily linked with a move to Manchester United, before they made current incumbent, Ole Gunnar Solskjaer a permanent fixture in the manager’s chair at Old Trafford.

Pochettino has come out this afternoon and told the press that the rumours of his impending departure are way off the mark, with him making it clear that he will continue in his role as manager at Spurs for the foreseeable future.