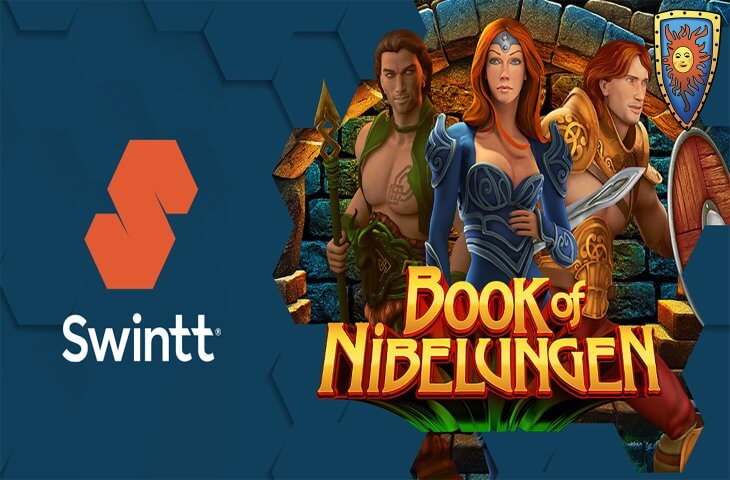 The latest chapter in Swintt’s “Book” series of online slot games sees players travel back to the age of gallant knights and fearsome dragons as they battle secure wins of up to 5,500x their bet stake in Book of Nibelungen.

Book of Nibelungen is billed by Swintt as an epic slot adventure that sees players journey back in time as they seek out maximum multipliers. Live as of this morning, Book of Nibelungen is available to play at casinos to include the likes of Winz.io, who are currently undergoing ‘Baptism by Fire’ here on Casinomeister.

The latest page-turner in Swintt’s popular Premium range, the game draws its inspiration from the epic poem, Nibelungenlied, which was penned around the year 1200. The slot shows a range of heroic literary characters, including the gallant knight Siegfried and the object of his affections, princess Kriemhild.

Being a “Book” game, it should come as no surprise that the series’ iconic scatter symbol also makes a return. Depicted as a glowing red and blue volume split down the middle by an ornate broadsword, this special icon is the key to triggering Book of Nibelungen’s main bonus feature, which reinvents the classic Free Spins with expanding symbols model by this time letting players choose their own destiny.

Activated whenever three or more scatter symbols appear anywhere on the reels during a base game round, players will be taken to a new screen where they’ll be given the choice between two Free Spins modes. In Siegfried Spins, players will turn two wheels to determine whether they receive 8, 10 or 12 bonus games and which of the regular base game icons will be transformed into an expanding symbol.

In Kriemhild Spins, meanwhile, players will be presented with a screen filled with 10 enchanted rune stones. They will then have to click a rune in order to turn it over and reveal a number of Free Spins, with this process continuing until the start feature symbol is uncovered. In this manner, players can collect between 6 and 25 bonus games, which come with the added benefit of expanding wild symbols.

Both bonus options can be retriggered by landing three further scatter symbols, with Siegfried Spins introducing an additional expanding icon and Kriemhild Spins again offering up to 25 free games. As such, players have full control over which epic adventure they choose to embark on, with Siegfried Spins offering greater variance and bigger wins and Kriemhild Spins providing a more balanced option.

David Mann, Chief Commercial Officer at Swintt, commenting on their latest release said: “This month, Swintt is calling on players to heed the call of adventure and hunt down legendary wins in the brand-new Book of Nibelungen slot.”

“An epic new chapter in the studio’s popular Premium series, Book of Nibelungen takes the iconic visuals and straightforward gameplay of previous editions and combines them with an innovative new feature that lets players choose their Free Spins fate. “

With maximum multipliers of up to 5,500x on offer, there could be a fairy tale ending for anyone brave enough to join the quest and give it a spin.” 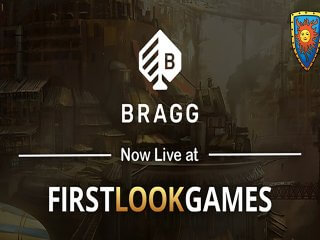