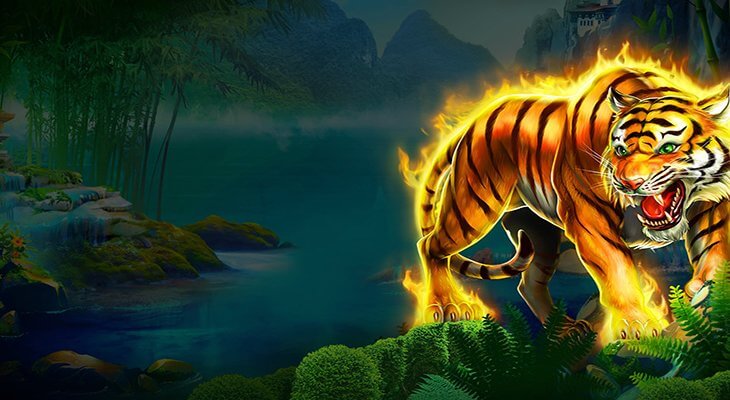 Game developer RubyPlay have announced the launch of their new slot, Blazing Tiger. The game takes players on a jungle adventure in the Far East, where they can navigate their way to spectacular wins, while the majestic tiger, renowned for bravery, happiness, and power keeps a watchful eye over them.

Blazing Tiger is a 5-reel, 3-row slot that boasts special symbols which contain credit values and free games. When a tiger paw lands on reel 5, those special rewards become available.

To turn up the heat even more, the 3 different free games features are the ticket to really boosting their bankroll. As they venture further, collecting Ruby coins along the way, they can then activate the Bonus feature.

RubyPlay’s Chief Operating Officer Ittai Zur commenting on the release of Blazing Tiger, said: “Our talented design team has certainly stepped it up with the theme combining the Far East and the tiger.”

“I also love the experience of players seeing giant values symbols land on the reels, and the excitement of winning them just a moment later when the tiger paw lands on reel 5.