For the duration of the 6-month partnership, StarCasinò will have a strong brand presence at the Juventus Stadium, including the new LED light system, video spots on the Maxi screen and social media posts.

The AAMS and Malta-licensed StarCasinò is also planning to launch a series of initiatives, contests and promotions that will reward fans and customers, including opoortunities to win VIP tickets for the Serie A, Coppa Italia and UEFA Champions League.

“We’re really excited about this partnership with Juventus. Entertainment, fun and excitement — these are the values that StarCasinò shares with the worlds of sports and football in general.”

1X2 Network becomes the first developer to launch an exclusive Megaways™ slot branded to an operator based in the Italian market. 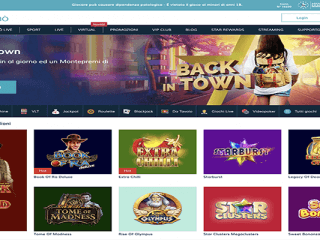 UKGC licensed online casino Winstar have signed a deal with 1X2 Network which will see the casino carry their table and slot games.

Three-year deal sees 12Bet declared official betting partner Online sports betting firm 12Bet has announced that it has signed up as official betting partner for the famous English Premier League football club Arsenal in a three-year deal. 12Bet will receive brand, promotional and publicity advantages from the agreement, including a presence at the Emirates Stadium and access to first team player celebrities. A spokesman for the sports betting company said that Arsenal was one of the most watched EPL teams,
By Brian Cullingworth Sep 9, 2016