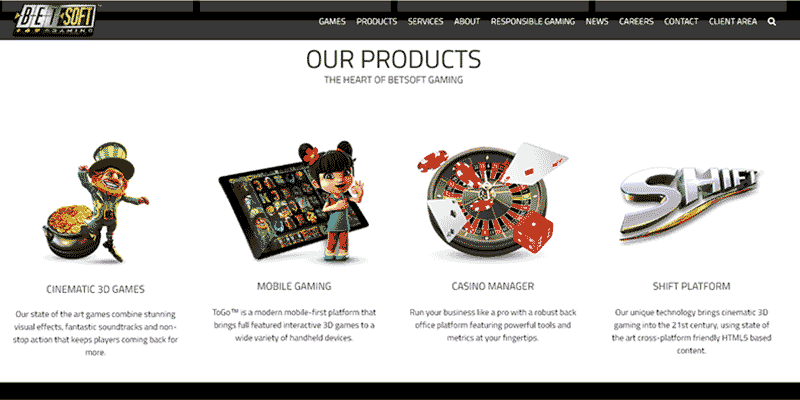 Betsoft to roll out suite of games for the Asian Market

Betsoft Gaming who provide games for in excess of 500 online casino operators, have today announced a content sharing agreement with River iGaming. In a press release from Betsoft sent out this morning, the company states that it has signed a strategic content agreement with multinational, multi-pronged business River iGaming.

The agreement is comprehensive, covering every Betsoft slot game accredited for the regulated markets in which River iGaming  operates – including all marquee titles from the sought-after SLOTS3TM series.

The press release goes on to add: “Founded in late 2017, River iGaming has had a notable first year. From its headquarters in Malta, the company has driven an ambitious strategy of expansion and acquisition that has seen it establish a player-facing online casino, bring comprehensive digital marketing services in-house, build its own affiliate program, and secure high-profile branding agreements in one of the world’s most competitive markets.

In just twelve months River has grown to a company of more than 40 employees, providing comprehensive B2B and B2C services in 7 different markets. As its player-facing operations grew (with deposits doubling in less than a year) River began to canvas the market, seeking content providers that could support its players’ appetites and the company’s own ambitions for the future.”

Betsoft were established and founded in 2006 and launched their first SLOTS3TM game in 2010. Acquiring a class 4 Malta license in 2014, the company now has a catalogue of over 150 slot games.

River iGaming are responsible for the operation of Vegas Casino which they acquired in January 2018 which is marketed online by River Affiliates.

Speaking about the agreement between Betsoft are River iGaming,Ismael Diagne, Chief Operating Officer of River said: “Our goal is to provide an incredible gaming experience by running in the opposite direction to the competition: prioritising the quality of the player experience over the rate of player acquisition.

We have already been able to secure the right investment and acquire the right innovative technologies to pursue that vision, so the final piece of the puzzle was identifying the right content partner to ensure that our players have access to the finest games available today, and that we have a way of adding tomorrow’s best content to our portfolio quickly and easily.

After analysing the market, we came to the conclusion that Betsoft could deliver everything we required, and we look forward to a long and fruitful relationship with them.”