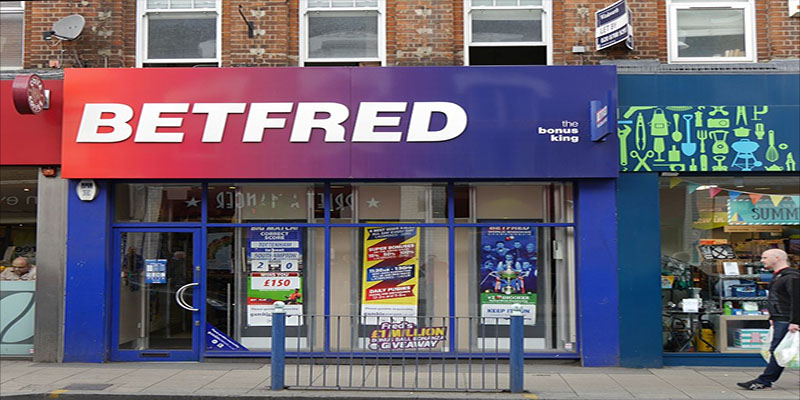 Petfre ( Gibraltar ) Limited the owners and operators of the well known UK bookmaker BetFred which is synonymous with bookie Fred Done, have been hit with a ‘penalty package’ amounting to a sum of £322,000.

After a thorough investigation carried out by the UK Gambling Commission, the UKGC found that BetFred had failed to carry out adequate ‘Source of Wealth’ checks on a customer that deposited £210,000, losing £140,000, during a twelve day period in November 2017.  The Gambling Commission found for a customer to be able to deposit such a large amount over such a short period of time, indicated clear failings with regards BetFred performing sufficient anti money laundering checks.

Subsequently, Petfre ( Gibraltar ) Limited have been instructed by the Gambling Commission to return the £140,000 to the customer in question, who the UKGC in their Press Release identify as the ‘victim’. Furthermore Petfre ( Gibraltar ) Limited are also required to pay  £182,000 in lieu of a financial penalty, with these monies going towards the UKGC’s National Strategy to Reduce Gambling Harms initiative.

In their conclusion of the above investigation, the UKGC stated: “Our investigation found, and Petfre accept, that there were weaknesses in its systems relating to how it managed this customer for anti-money laundering.”

This action by the UKGC is one of several the UK’s regulator have taken against UK licensed operators during 2019 and also in 2018. With BetFred now joining other high profile gambling companies such as Casumo, Ladbrokes Coral and Paddy Power Betfair. All of whom have been found in the past to have failings in their anti money laundering procedures.