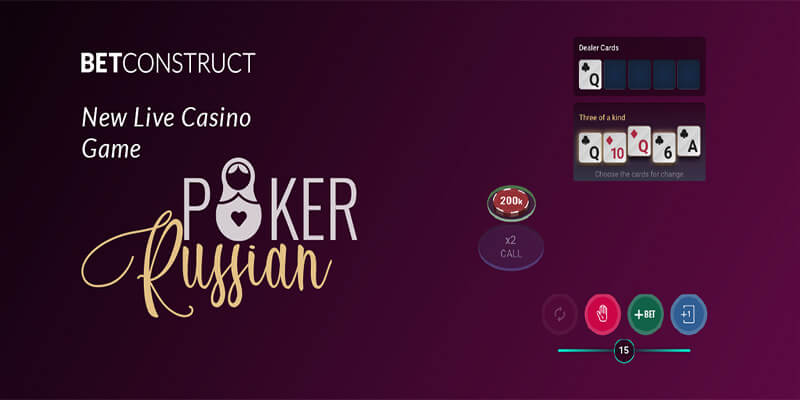 Betting and Gaming software company BetConstruct who have been in operation for nearly two decades have announced an addition to their portfolio of live casino games, with the addition of Russian Poker.

BetConstruct who are continuing to expand their presence most noticeably after having linked up with Arsenal Football Club, becoming their ‘official gaming software’ partner, are hopeful that adapting the popular poker variation to its Gaming Suite, will be a hit with their operators and their players alike.

Тhe context of the game is reduced to poker hands making it more a casino-based game than poker. This innovation from BetConstruct will deliver  continuous betting actions with multiple gaming options and combination varieties within a single gameplay.

While it’s the freedom of switching and drawing cards to secure a winning combination which is at the heart of the player engagement, the operator’s major interest lies in having a strong representative for the casino in the face of a croupier. BetConstruct’s professional dealers are playing the game with just the right amount of skill and thrill to encourage a longer gameplay and more bets from players.