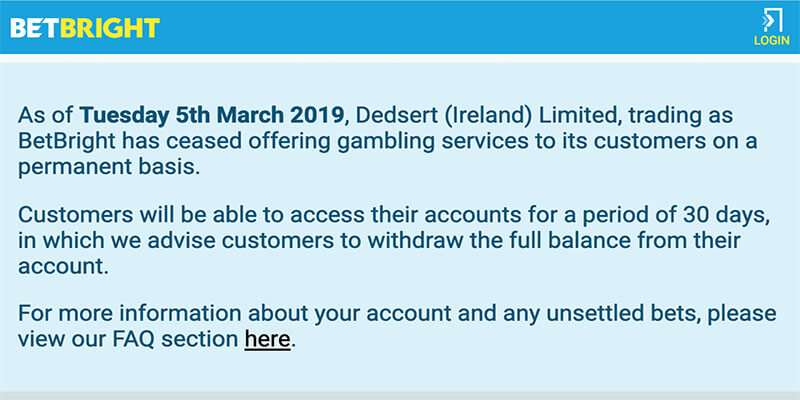 Just days after it was announced that Dublin based online bookmaker Betbright was being acquired by 888Holdings in a £15m deal, it now transpires the UKGC are investigating them. This is as a result of Betbright cancelling all ante-post bets.

Indeed Betbright has subsequently ceased trading since the sale to 888, with all bets cancelled, causing much anger from the company’s customers. The move comes just a week before the start of the Cheltenham Festival, with former Betbright chairman, Rich Ricci, having several horses taking part in the event.

An announcement on Betbright’s website states that it has”ceased offering gambling services to its customers on a permanent basis”. Going on to advise customers that they have 30 days left to access their accounts and to withdraw any and all funds from them. An FAQ on the site also states that: “all single bets due to settle after 5 March at 23:59pm will be voided”