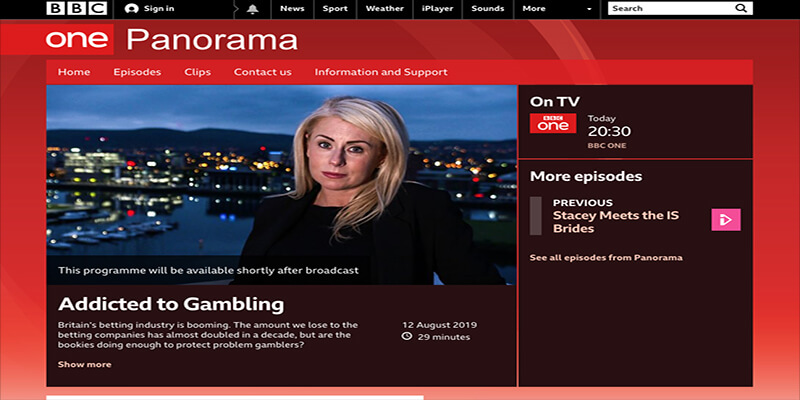 Panorama finds a rise in complaints towards gambling companies.

This evening the BBC television programme Panorama will be focusing on the gambling industry and in particular their findings, which show that the number of complaints made about UK licensed gambling companies, have increased by 5000% in five years. In 2018, the programme will report that a total of 8,266 complaints  were made.

Speaking to the BBC, the Chief Executive Officer of the UK Gambling Commission, Neil McArthur, commenting on the number of complaints made last year, stated: “We are pushing the industry to know its customers, and part of this is actually, possibly, a good sign because it’s suggesting that consumers are demanding more of the gambling operators. And I would encourage them to continue to do that.”

In addition the BBC states that in excess of £14.6bn was lost by ‘punters’ during the course of 2018. In contrast, some of the leading UK gambling companies have voluntarily increased the levy tax they pay, with the monies  being used to fund responsible gambling projects.

The programme will also cover the area of gambling addiction, covering stories of individuals who have been beset with gambling problems. Including that of Daniel Clinkscales, who took his own life after struggling with a gambling addiction for a number of years.

Panorama speaks to his mother, Jo Holloway, who told the programme: “I think he found it so hard to really come to terms with the fact that there he was – clever, intelligent, largely successful at almost everything he turned his hand to – and he’d got this one problem. Gambling.”

It is clear more can be done to promote responsible gambling and the Gambling Commission to this extent are being seen to take action against licensed operators who have shown failings in this area.

What would be good though, is for the UKGC to also target those companies that accept UK players, but do so without having an appropriate license from the UKGC. The authority in Holland, the KSA, does so, perhaps the UKGC could follow their lead?

For further information, visit the Casinomeister forum where there is already a thread discussing this topic.