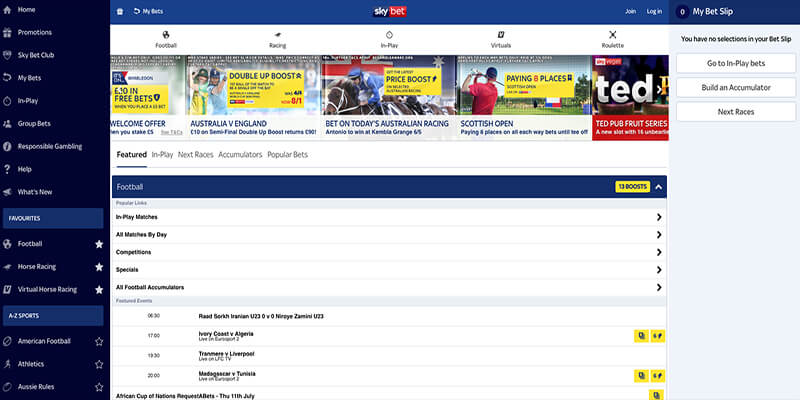 The UK’s Advertising Standards Authority ( ASA ) yesterday reversed a ruling  against a television advert produced by Sky Bet which was made on 19th March earlier this year. This decision by the ASA means that the ruling is now not upheld.

The original complaint concerned an advert that ran on 30th August 2018 featuring presenter Jeff Stelling where it was alleged that the advert was “socially irresponsible’ and supposedly in contravention to BCAP Code rules 17.3.”

Subsequently the ASA ruled that the advert did indeed breach BCAP Code rules 17.3

The decision to overturn the original ruling and list the complaint as not upheld came about due to a successful appeal by Sky Bet. In coming to their decision, the ASA issued a statement which said: “The ad promoted the ‘Request a Bet’ service which enabled consumers to build their own bet, which was highlighted through the depiction of various odds and on-screen graphics.”

The ad contained a number of references to the role of sports knowledge in betting, such as “spark your sports brain” and “how big is your sports noggin”, and the ASA considered that these would be understood as referencing the potential to use sports knowledge when building a complex bet.”

“The ad focused on the features of the particular betting service being promoted and we did not consider that it irresponsibly exaggerated the role which sports knowledge played in achieving betting success.”

“The phrase “in sport anything does happen” explicitly recognised the uncertain nature of sporting outcomes. We therefore concluded that the ad was not socially irresponsible and did not breach the Code.”