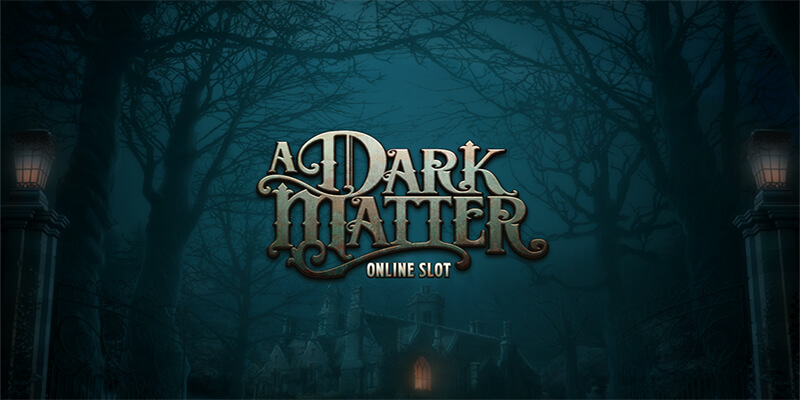 A Dark Matter released just in time for Halloween

With Halloween just around the corner, ( have you seen the great Halloween competition here on Casinomeister by the way? ), casino game developers Slingshot Studios have produced exclusively for Microgaming, the slot game A Dark Matter.

From the marketing material produced from the press release issued this morning from Microgaming: “Players join Nathan Highmore, Scotland Yard’s paranormal investigator, as he searches the reels for the Manor’s secrets. Set to a ghostly original score, the game begins its tale at the gates of Wraith Manor, a home shrouded in mystery and menace.”

A Dark Matter is a 5 row, 3 reel slot machine which has a total of 5 paylines in play and a RTP of 96.18% and is available to play now at all online casinos which feature game content from Microgaming.

“The addition of Invading Wilds and bidirectional paylines offer an exciting and rewarding gameplay experience, with win potential of up to 2,400x the player’s bet during free spins.”

A Dark Matter on first glances looks atmospheric and incorporates decent graphics and sounds. Being reported as a high variance slot game, it will be interesting to see on the forum, what type of winning screenshots players provide from playing this slot.

Slingshot Studios Richard Vermaak, speaking about the release of A Dark Matter, said: “We are very excited about A Dark Matter’s release! The entire team has invested a lot in crafting a rich world for players to enjoy.”

“They have created something beautiful, with arresting character portrayals and a musical score as lavish as Wraith Manor itself. Our aim was to create a truly theatrical experience coupled with high-volatility gameplay, establishing enough intrigue to whet players’ appetites without revealing too much early on. We can’t wait for players to explore A Dark Matter.”