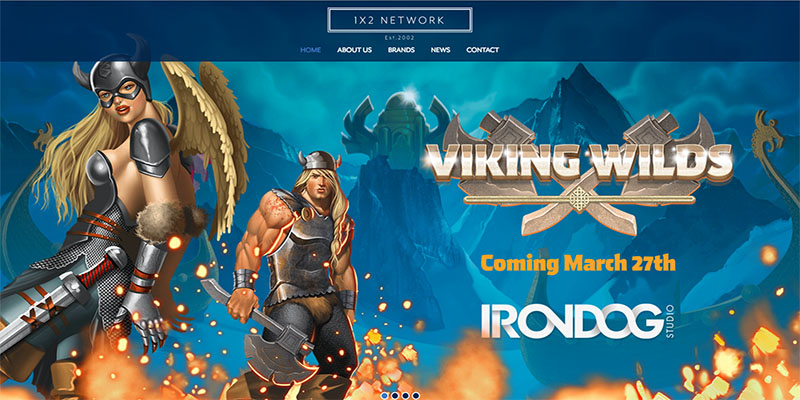 The South American market is continuing to attract interest from iGaming as a whole, with the continent as of yet largely untouched by the industry, whilst the potential for growth seems to be limitless. As such 1X2 Network realising this fact have increased their presence in Colombia, with a deal with Join Games which will further increase their foothold in this growing market place.

The partnership with Join Games who are a Malta based casino software provider, which was established in 2014, will see 1X2 Network’s suite of games being available on their partner sites. This will enable Join Games to offer its partners blockbuster games from 1X2 Network’s 1X2gaming and Iron Dog Studio subsidiaries including Rainbow Wilds, Viking Wilds, Faerie Nights and Roulette Diamond.

The deal will also see Join Games offer its operator partners soon to launch titles from 1X2 Network such as 1X2gaming’s I am the Law, which is set for release in May, plus Richie in Vegas from Iron Dog Studio.

The partnership comes after 1X2 Network received the necessary approvals to launch its games in Colombia back in June.

Kevin Reid, Chief Commercial Officer at 1X2 Network, said: “This is an important partnership for 1X2 Network as it allows us to leverage the reach of Join Games in the Colombian market and to deliver our popular slots and table games to operators in the region.”

Magnus Kolaas, CEO at Join Games, said: “We are always looking to add quality content to our game aggregation platform, so partnering with 1X2 Network to access titles from its 1X2gaming and Iron Dog Studio subsidiaries was an easy decision for us.”

“Its slots and table games have proved to be hugely popular in other regulated markets around the world and we expect them to be just as successful in Colombia. Furthermore partnering with 1X2 also allows us an opportunity to add from its more diverse portfolio as further verticals are regulated in the region.”