Forgot the screenshot of the win, but won 125x on the Rainbow Riches ladder steps.

I’ll have the cleavage, I mean the special

RichyJ75 said:
Forgot the screenshot of the win, but won 125x on the Rainbow Riches ladder steps.

Two hours into August and you're already swinging your screenies about. You make me sick*

*in a good way

goatwack said:
Two hours into August and you're already swinging your screenies about. You make me sick*

*in a good way

it was timed at 43 minutes into August!!

I plan to make August a quiet month for me as I was lucky enough to recoup losses on my 'muppet night' recently, so planning a little cool off session for most of this month.

Besides, my deposit limits get reset at the start of each month, so obviously towards the middle and end of the month I am quiet! Also stands me in good stead to start these threads, hopefully!

Good luck to one and all.

Glad to see July come to a close...it was a terrible month...here is the first win of August....free spins...

July was not a good month for me either.

I think august is DOA month

Pretty base game hit on Rhino this morning One Spin, struggling tonight against serious lag (Trada) and dire bonus rounds (32) so quite welcomed lol.

I should post this on 1000x thread and 5 wilds thread

Down to £10 when I land my first feature, I pick Amber and start with 9 dead spins. The last spin saved the round, as well as my ass and my deposit.

40 minutes later, I am down to £70 when I get the feature again and pick Michael.

Shortly after, I cashed out for £150.
Political correctness is fascism pretending to be manners - George Carlin

Came 3rd in the Jackhammer tournament won over 23€ with my 50 free rounds and been grinding a few hours down to a low of 6.36 but currently sitting on 57€ and my peek was 63€

weeeeeeeeeee I really like this game now, Just went crazy this slot.

As with Virgin Games, Jackpot Joy etc, payment within minutes of requesting it and back to UK debit card overnight What is / Who are the provider/maker of that game please Nicola?
N

jonmincher said:
What is / Who are the provider/maker of that game please Nicola?
Click to expand...

Labelled as a 'gamsys' exclusive slot at Jackpot Joy. It's the sequel to the original Tiki.

Tried out some RTG again. Nice win on Super 6. 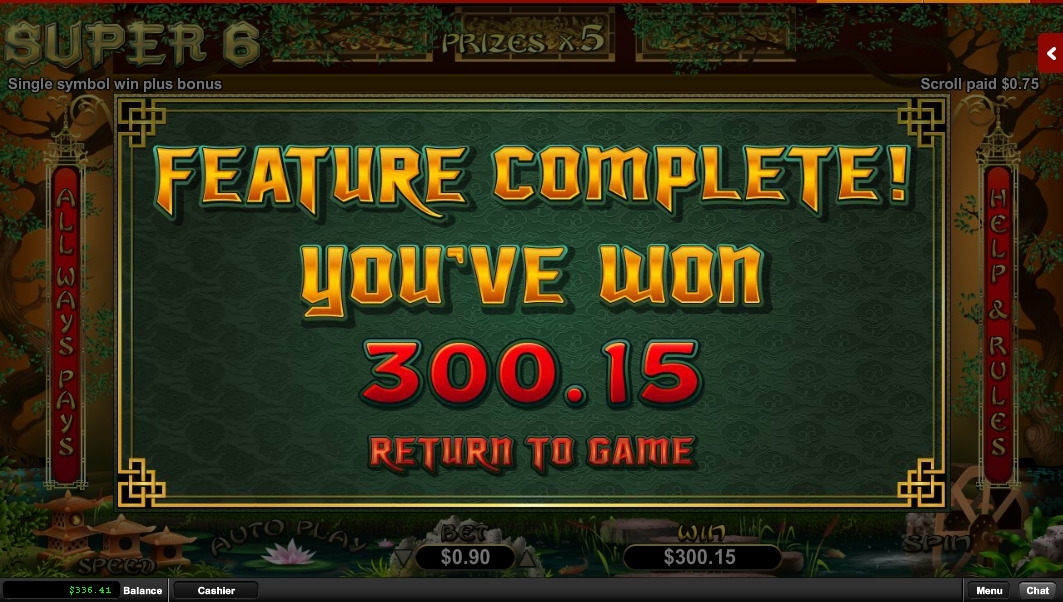 I stream slots on Twitch every now and then. Check out my channel! http://twitch.tv/MangoSlots

For a change, I decided to start on DOA at 36p a spin.

And it looked like a bad decision, because it started badly. Before I had even reached £100 of wagering, my balance dropped below £100.
No bonus rounds so far, and very few 2 scatter wins to boot. But then on spin 278, I get the feature.

My 3rd ever wildline on DOA. But it's the first time I landed one before the 12th and final spin of the round. And now...a chance to maybe break the 3000x barrier for only the second time.

State of play after the 12 spins. Total win so far - 1195.77x bet. Guaranteed to win a four figure sum for the first time on DOA. And my fourth four figure sum win overall. Also guaranteed to have a win of at least 2862.44x bet. Cashout as good as in the bag already. Happy days.

The final outcome. That last spin was the biggest win of the round, at 357.77x bet.

Part 2 to follow.....
Political correctness is fascism pretending to be manners - George Carlin

WR was cleared with my balance at £914.99. And I eventually cashed out for £850.
Political correctness is fascism pretending to be manners - George Carlin
N CM Announcement I Need your Input: Awesome Screenshot of 2020 Award?