What is the most addictive slot game ever??

Everyone has some addiction, mine is Book of Ra.
Yours?

Bonanza and DOA of course

I forgot about that one, everyone's favourite 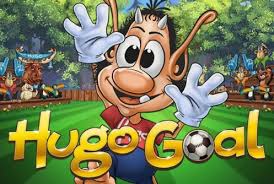 D O A the misery piece of dirt

I'd say Immortal Romance when it's hitting in base. Very addictive and hard to leave

Extra Chilli, undoubtedly. Unfortunately it's the game that's fucked me over more than anything else and ultimately led me to Gamstop!
0

Don't know any slots that have a gambling problem
Then came human beings, they wanted to cling but there was nothing to cling to


You do not have permission to view link Log in or register now.
S

Sweet Alchemy always sucks me in chasing that crappy chest and spending 10x as much as its worth to get it
Recently it's Temple of Treasures or Buffalo megaways bonus buys as it seems statistically impossible to pick 5 spins with 1xmulti or min 324 ways over and over again...

SlotGrinder said:
Sweet Alchemy always sucks me in chasing that crappy chest and spending 10x as much as its worth to get it
Recently it's Temple of Treasures or Buffalo megaways bonus buys as it seems statistically impossible to pick 5 spins with 1xmulti or min 324 ways over and over again...
Click to expand...

This games a con I've never saw as low as the 324 ways minimum when picking 15 spins. Best pick is 15 spins it often hits a few thousand megaways. Pick and you'll see what I mean.

Bonanza by far. Followed by Boaw (which is underrated Imo) and that flaming Napoleon (if I ever get the 5oak soldiers I swear it will go in room 101).
A man who has never made a mistake needs to try harder.

Hmm, this is a tough one.

If I have to pick only one, I probably go with IR. For pretty much exactly as dave described.
I've lost count of the number of times I've had some epic and profitable long-rolling mega grind sessions on this game.
No other game has come close to matching IR in that regard.

That said, it has also been responsible for many a slotting brain fart on my part ie not knowing when to leave and then going on to blow my balance entirely.

Honourable mentions would be Flash-era Rhino, Playboy, Jungle Spirit, Queen of Riches and DHV. I've had some wonderful runs on those games.
Political correctness is fascism pretending to be manners - George Carlin

I still have a deep affinity for original Isis and Supe it Up as well as pretty much most of the original 5 line MG's....more recently "book of" games from BF, Ming, Pyramid and Transylvania.

I find myself going back to Moon Princess (the little minx) despite its horrifically tilting nature.
L

Mine is bonanza I just can’t seem to quit it. I try other slots give them about 2 mins and instantly go back to bonanza

I don't really have any addictive slot nowadays. It used to be DOA and IR back in the days but not anymore. I play these megaways slots a lot these days but I don't see them very addictive. I like to change games and not stick with only one slot, like Bonanza seems to be some kind of drug for many players.

I like all them games and used to play them religiously, except for BDBA ( I played Six Acrobats a lot)

#TeamNabster
Then came human beings, they wanted to cling but there was nothing to cling to

Originally: IR, can't afford to play it these days much, its a guzzler at VS

Last few sessions: Lucky Ladies Charm Deluxe (like the way the reels reveals in FS and that satisfying 3rd 'blip' on a re-trigger

Is JJ2 the most volatile slot ever created!

What are your favorite slots on Stake?