Quickspin has created a number of slots that I enjoy personally.  Northern Sky for one –  there is a lot of talent at work on this one. Very subtle animations, sounds, and the artwork is superb.  Volcano Riches is another – I’m a sucker for hula girls and tiki heads I guess. It’s a shame they are primarily focused on slots and haven’t delved into Video Poker at all – but their primary customer base is in Europe, so there ya go.

Quickspin was established in Sweden, in 2011, by a small dedicated team of experienced professionals, who have always upheld the phrase ‘players first and developers second‘ and their company philosophy reflects that fact strongly, with their slogan: We love slots!. In fact, they love Slots so much, that those machines are basically all that they have produced, so far, That said, they do have their very own, unique style, and more specifically, a very distinct math-model. Their Games are basically all about fun, and although they aren’t exactly known for their high variance monsters, there surely is some money to be won! Their Games are notoriously streaky, much more so than most other providers we know..

Quickspin’s Slot Catalogue currently showcases 37 Slots, of which 31 are adapted for Mobile Play, and they have announced 12 new ones to be released in 2018. Most of their Video Slots are simply outstanding, in terms of Graphics and originality, and are truly one of a kind – they don’t waste time with the process of ‘Cloning’ themselves – or others, for that matter!  Naturally, they have implemented a few ‘3d party inspired concepts’ here and there – but then again: it’s quite hard not to, nowadays! Instead, they’ve been rather busy pioneering – mainly in the field of Player Retention, which they achieved through an effective Gamification application, labeled ‘Achievements Engine‘, which come with various ‘leveled’ Awards.

These Promotional Tools, were launched just around the time, when they were acquired by Gaming giant Playtech – back in May 2016.  Not an unusual move, as Quickspin had been raising many an eye, getting themselves quite a few nominations since their launch (for Innovation in Mobile Gaming, Innovation in RNG Casino Software, Innovation in Slot Provision, Best Mobile Gaming Software, Best Slot Provider and Social Gaming Supplier of the Year), and they even bagged some of those prestigious Awards (for Game of the Year, Rising Star, Mobile Gaming and Social Gaming) so there were plenty of reasons for that acquisition. What started out as a small dedicated team, has grown out to a powerful workforce, with over 80 employees. These are divided over their two main offices, in Sweden and Malta, from where they offer 24/7 Client support.

Their games, as stated above, are quite cool on the whole: I don’t know many slot fanatics, that don’t like at least some of their products, which is more of an achievement, considering the fact they haven’t released that many yet (compared to their major competitors). Quickpin adapts their Slots to accommodate 27 Languages and they provide support for 50 Currencies, Their main Licenses are through the UK Gambling Commission and the Alderney Gambling Control Commission, but you can play their Games pretty much everywhere, luckily.

Of course there are always naysayers, because a lot of the factors that we as players consider, when we pick our preferred Slots, may well be covered by Quickspin, but a big chunk of our decisions, come down to ‘taste’ after all: overall one could definitely call their Slots playful, and their Graphics and animations mainly have a cartoonish style. Some of their most popular and well known titles include Sakura’s Quest, Spinions, Gold Lab, Goldilocks and the Wild Bears, Epic Journey, Wins Of Fortune and Second Strike. Their best known Slot is probably Big Bad Wolf – but don’t take my word for that.

A big factor in Quickspin’s success is definitely their eye for what players want. I’ve already mentioned it, but it’s definitely worth highlighting this in more detail: they were one of the (if not the) very first Providers to come up with something as unique as their Achievement Awards, which basically is a system whereby players earn so called ‘Tokens’, simply by playing their favorite Slots. These Tokens can then be used, to buy directly into a Bonus Game. The cool part is that regardless of on what Slot these Tokens were earned on, they can be used on any Slot that offers this function. The Awards have four progressive levels, with increasing rewards.

Quickspin has announced that their goal is to implement this in all of their Games, but so far that is not yet the case. Apart from the fact that a lot of their Games had to be updated to adapt to the more recent HTML5 standard, some of their Slots actually don’t have a traditional Bonus Game, which complicates that goal, at least slightly. But as we’re dealing with one of the most creative teams in this business, I’m sure they will achieve it soon enough somehow!

Another feature, that has just been launched, is the so called ‘Achievement Race‘, which basically follows in line with the above, and allows operators to organize specific (single or multi slot based) tournaments, with various prize pools, which can all be entered and tracked from within the Slot(s), for extra comfort.

Naturally there have also been some questions raised about this Instant Bonus function (some of which you can check here and here on the forum) about fairness, manipulability and so on. Feel free to join the discussion, or try the Slots yourself, if you haven’t yet: I personally highly recommend Quickspin’s Slots to anyone, and am totally convinced of their integrity. But again – don’t take my word for it! 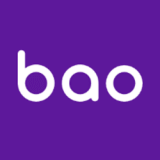 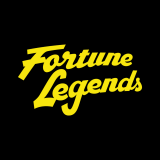