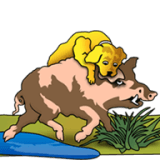 Besides having one of the most stupidest names ever – this clip shot joint feels that exploiting message boards like Casinomeister’s is fair game. They opened an account under the name of their stupidly named casino and began asking players to check out their site and “what do you think?”. Afer several warnings from me and the moderators, this ignoramous continued to post links to the casino. He was banned promptly.

Within a day, he opened another account and tried the same thing – asking players to “review” his casino. Banned.

And then another account was opened – this douchebag even stated:

Thank you for your help. Such casinos who does not know. I have already won 240$ in the casino for 2 hours 🙂

Liar. And any casino that employs these sort of tactics should be shit-canned.